Security System can help
protect your home, business, and family

Security System can help
protect your home, business, and family

A Security System for
Modern Lifestyle

Our experts have reviewed 28 home security companies
and ranked the 10 best.
Talk to an expert
Trusted Security Company

Protect Your Home & Family
From Anywhere

Our company is staffed with dedicated professionals who live in the communities they serve- perhaps even in your neighborhood.
Talk to an expert

Do I really need an alarm system in Tennessee?

Alarms & Security Systems
Lebanon, TN, and across Middle Tennessee has a higher crime rate than the average rate throughout the United States. According to the Tennessee Department of Law Enforcement, there were over 21,818 violent crimes and over 136,111 property crimes reported in Tennessee during 2010. Averaged over ten years, that's a total of 1,579,290 victims of violent and property crimes combined. A monitored security alarm system significantly reduces the chance of becoming a victim.
HSS Security Solutions

We serve many types of clients including:

We offer a variety of products from the leading manufacturers in the industry. We service most brands, and will offer consultations for any residential or commercial project. Call HSS Security Solutions today 615-444-1400
I had a new alarm system installed in my mothers home from HSS security the installer was Ollie he Very knowledgeable and explained everything very clearly. I Was aware of all options and he came across genuinely concerned about my needs. I felt like he was part of the family ...

I was having issues with people stealing things from my front porch while I was at work so I looked up on Google the local alarm company and found HSS security Solutions in Lebanon. I called and the person I spoke with her name was Jenny she was very nice ...

Grant installed a 16 CAMERA DVR system at my business after we had many break-ins now I feel better knowing the HSS will be monitoring my security system and I can use the easy app to view play by play video on my cell phone. Grant was very knowledgeable, polite, ...

I absolutely love HSS Security solutions They have gone above and beyond my expectations for customer service! When I need something I call Brandy she is so nice and helpful and the best part is she always calls back after the technician leaves and does a follow-up to be sure ... 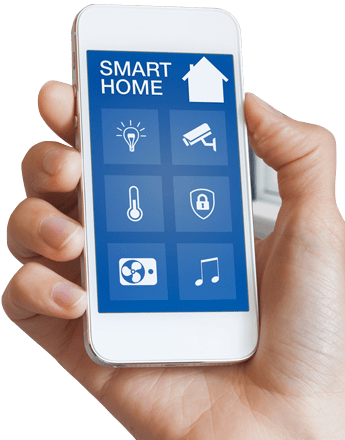 Use your phone to see and control your home from anywhere.

You can control everything in your house with our application. Use your phone to monitor your home in any part of the globe.
Apple Store Googel Play

Our Packages for Security System

Request Service On Your System

We pride ourselves on prompt response time and excellent service. Our goal is to provide same day or next day service whenever possible.